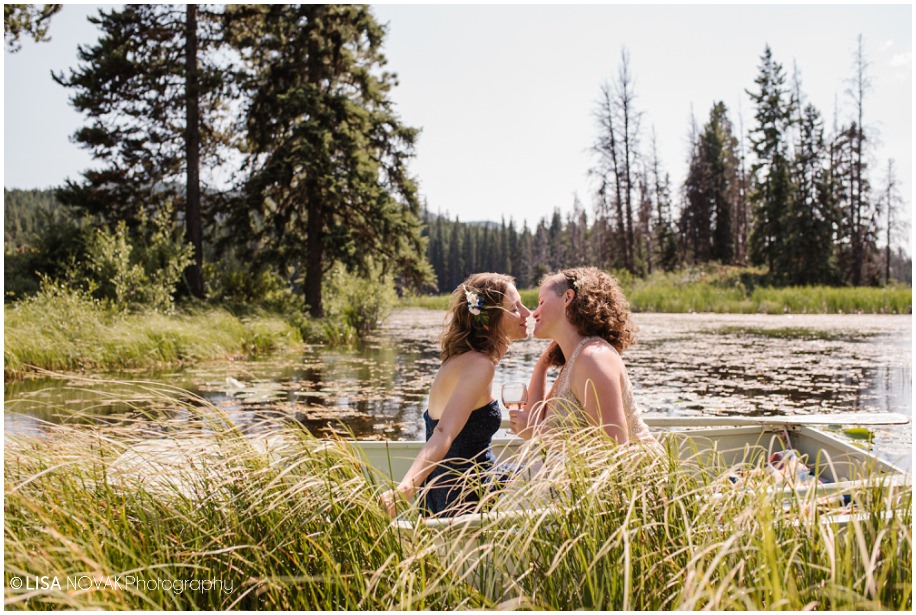 Emily and Taryn said their emotional I Do’s at their Corbett Lake Lodge BC wedding with only their closest friends and family present.  The narrow pathway through the aspen grove as the absolute perfect spot for them to pledge their love.  They walked through their guests, then turned and faced each other.  It was intimate.  It was emotionally charged. It was simply and intensely beautiful.  And it was perfection.

After the vows and family photos the brides and their bridesmaids and I spent the afternoon exploring both the grounds at the Lodge as well as nearby lakes.  It turns out both Emily and Taryn enjoy bow hunting, so, of course, we spent some time shooting at targets.  They looked amazing, elven warrior women for sure 🙂

The brides really wanted to get a canoe out on one of the lakes.  The back story to their boat is hilarious in hindsight, but too long for this blog post, but long story short… in the end they were gifted with a vintage, almost watertight white and mint green rowboat. The windy waters made for more of an adventure than they were expecting but between my awesome hunter boots and their equally awesome navigating skills we got them back off the lake (also a great story!)

Eventually we had to stop and head back for dinner.  And to ice the “almost naked” cake that they made.  Check it out in the photos… it looks SO good!!!!!!!   Dinner at the Lodge was also SO good, and was followed by cake and a rousing battle of the sexes in a boisterous and hilarious, custom made game of Jeopardy.

Such an incredible day, and I was beyond thrilled that Taryn and Emily asked me to document it for them.  What an honor! 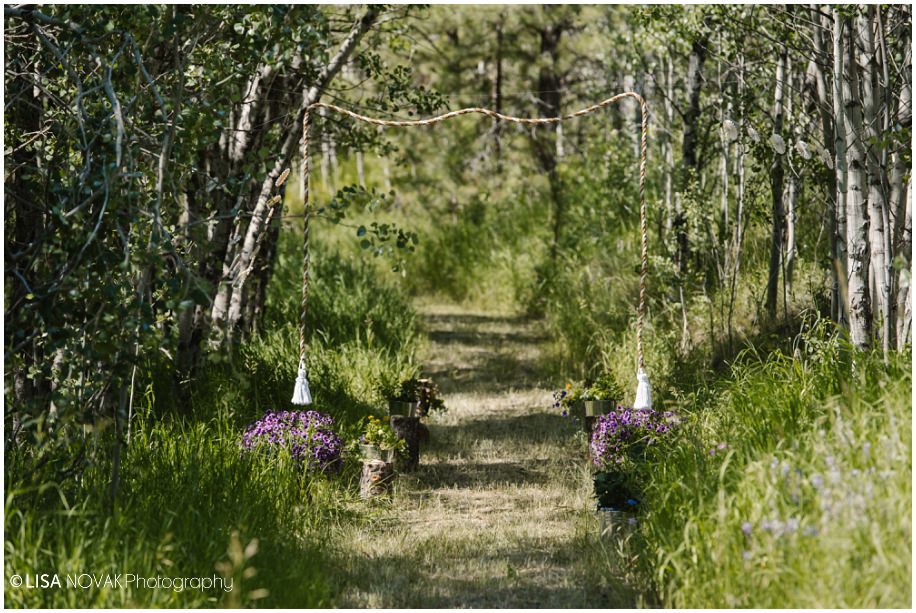 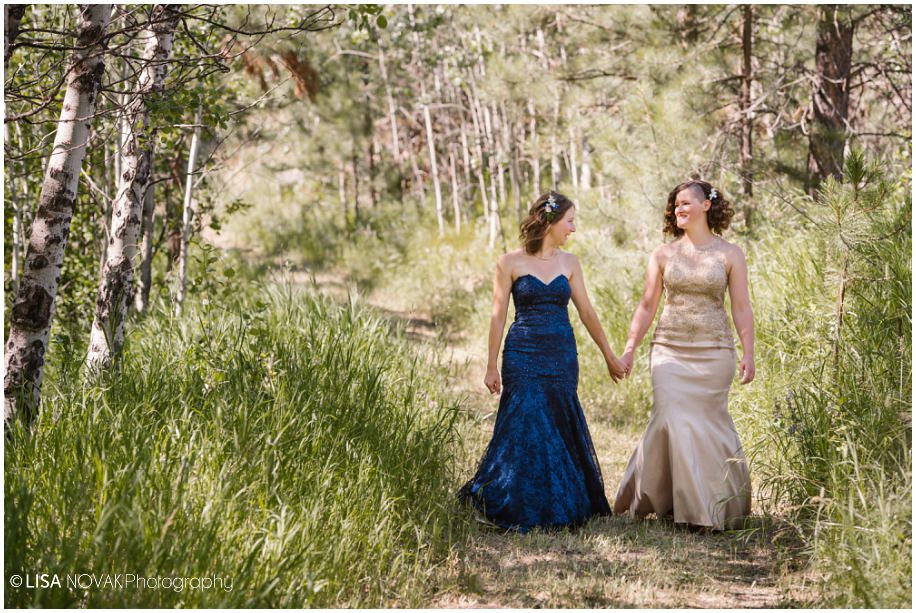 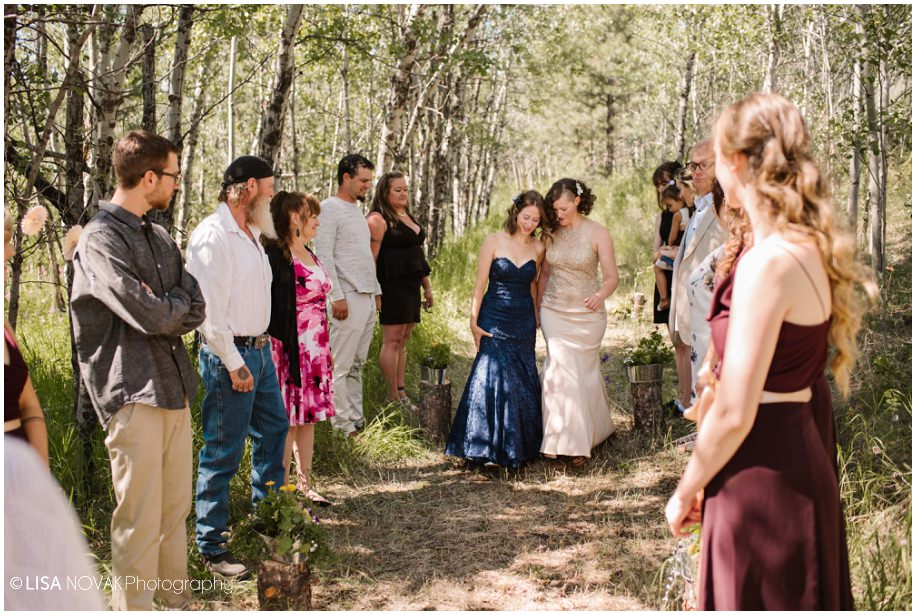 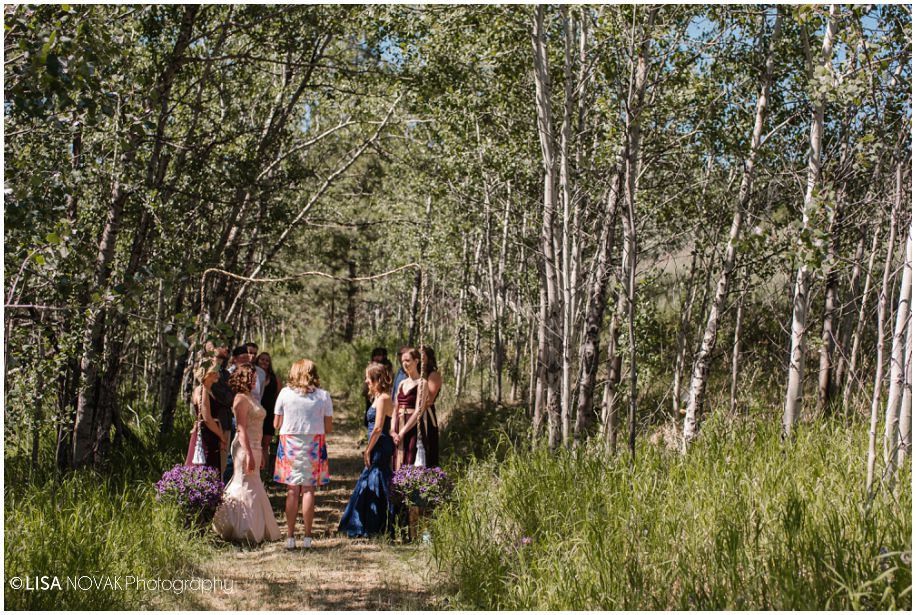 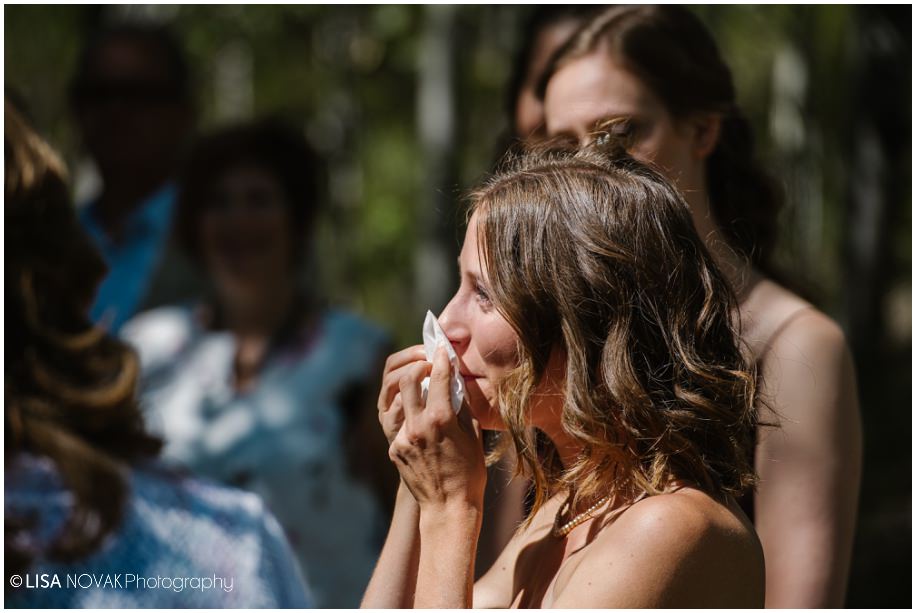 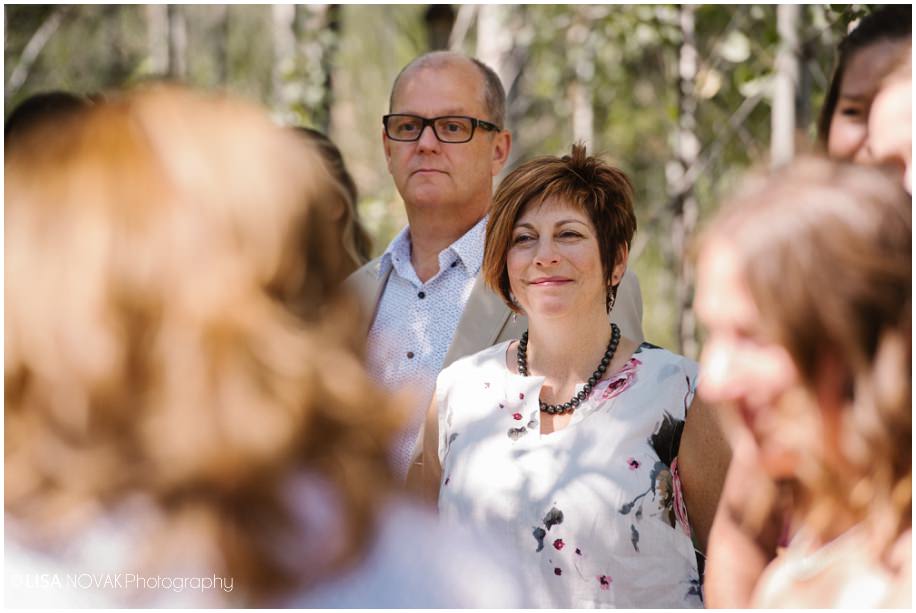 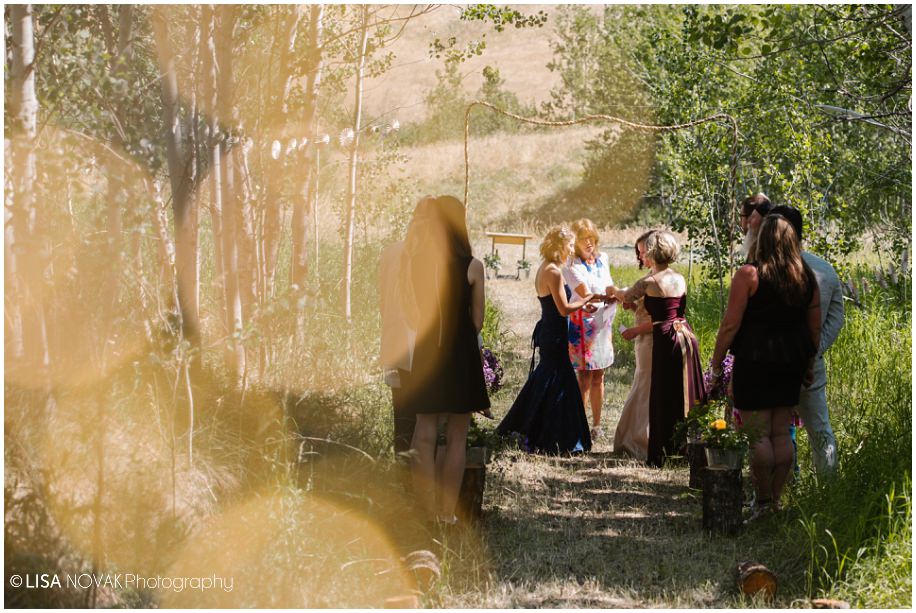 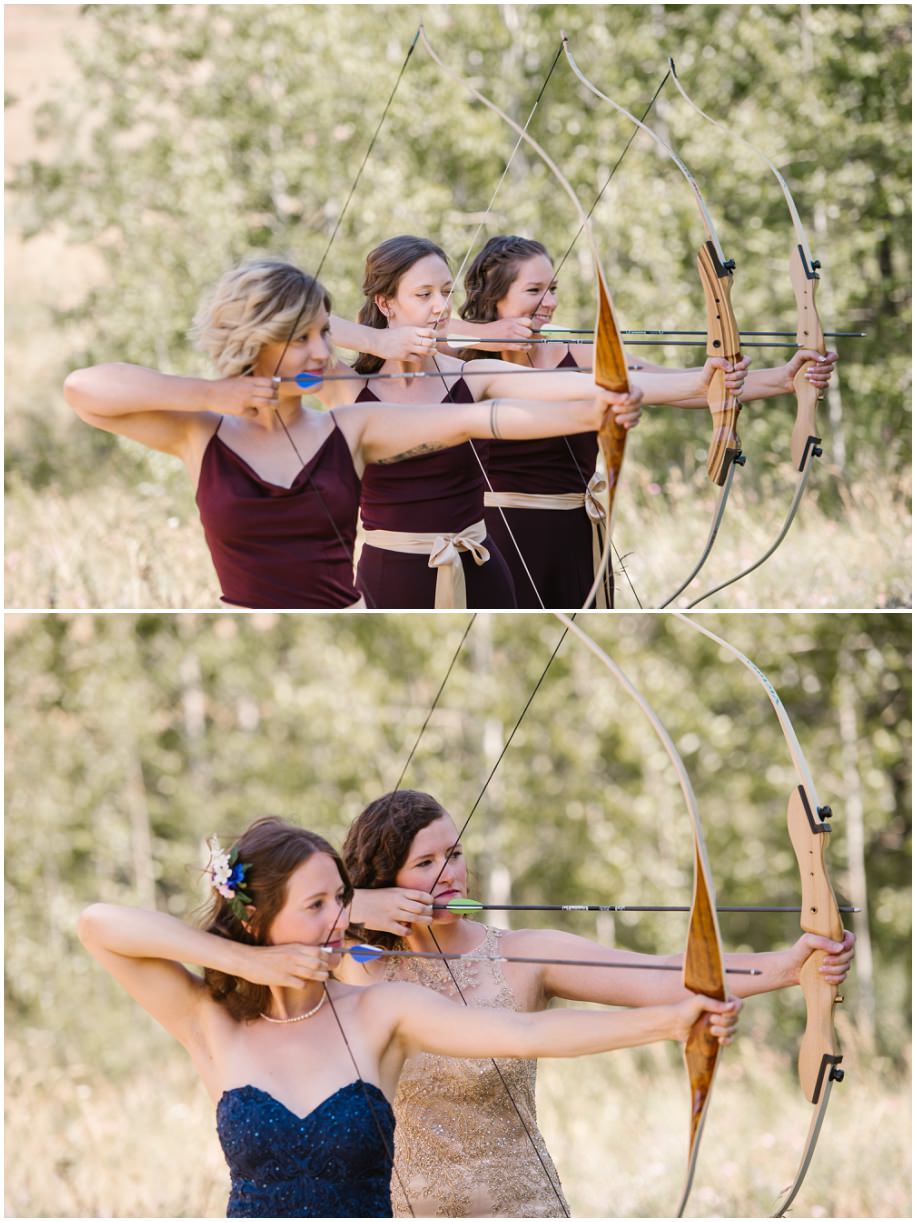 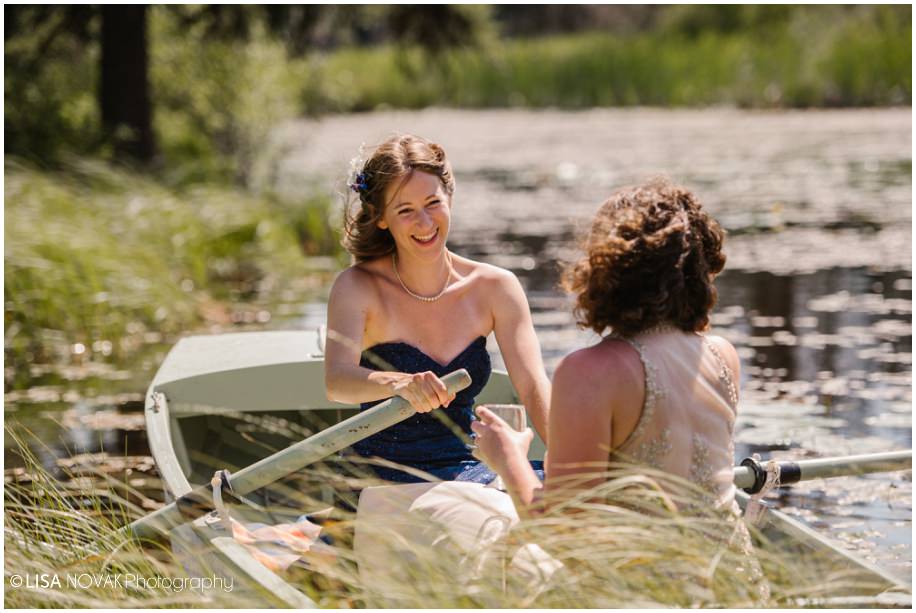 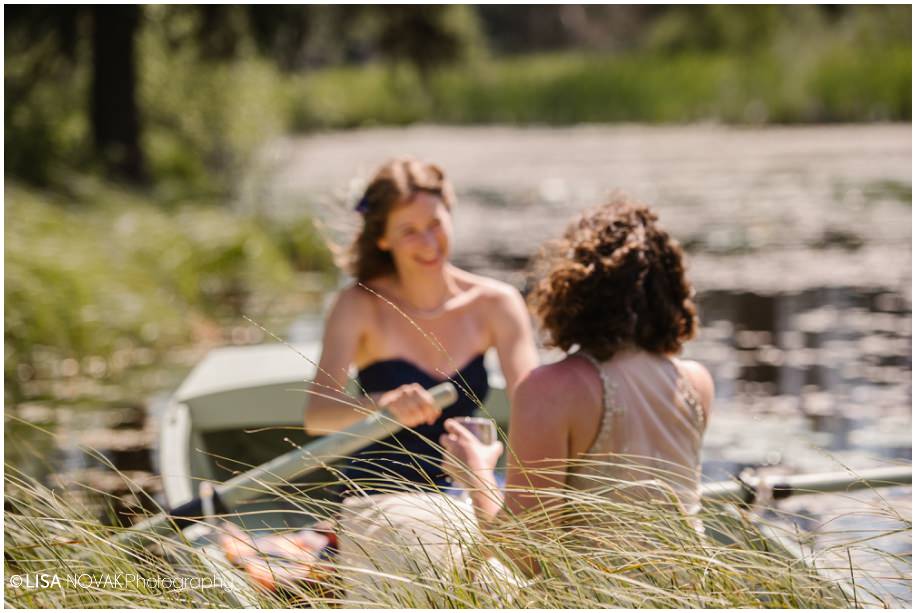 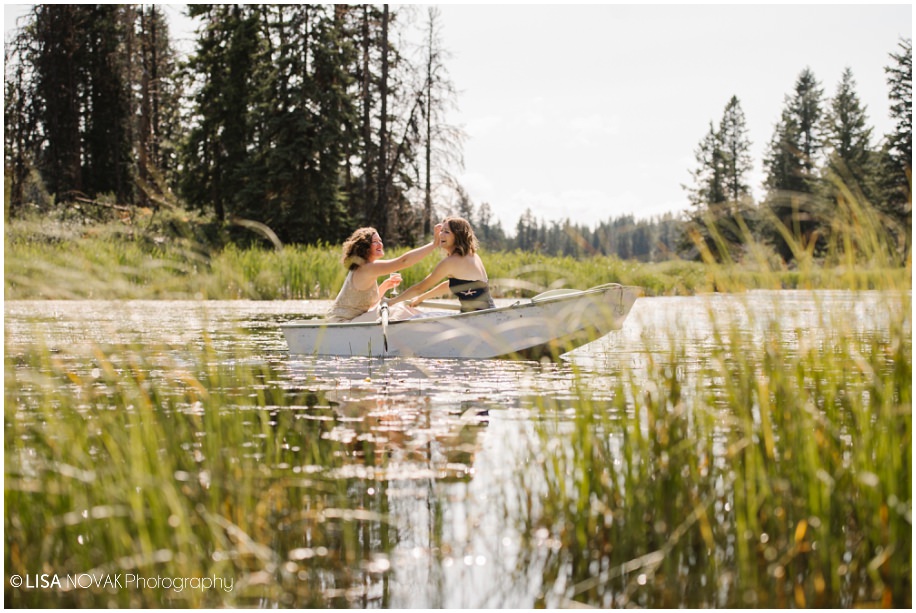 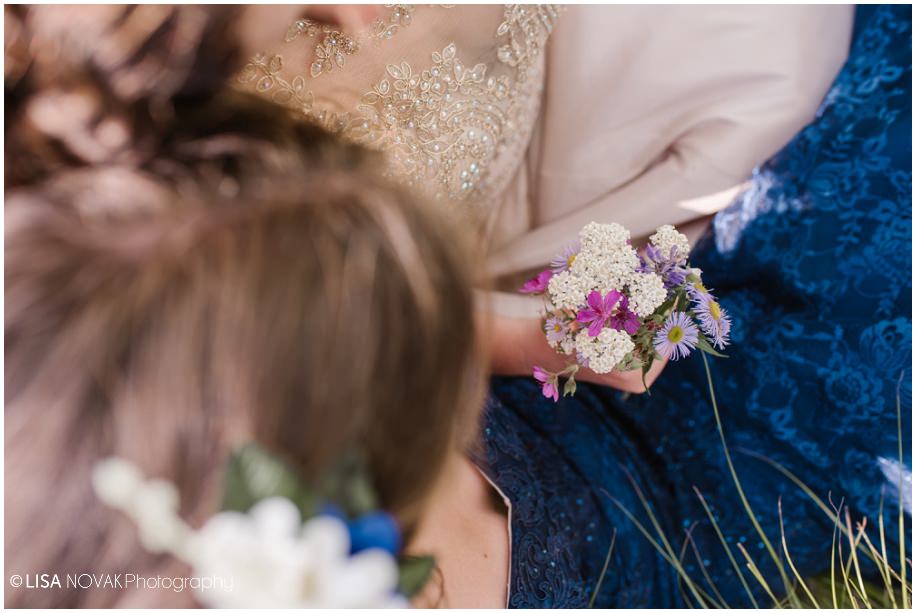 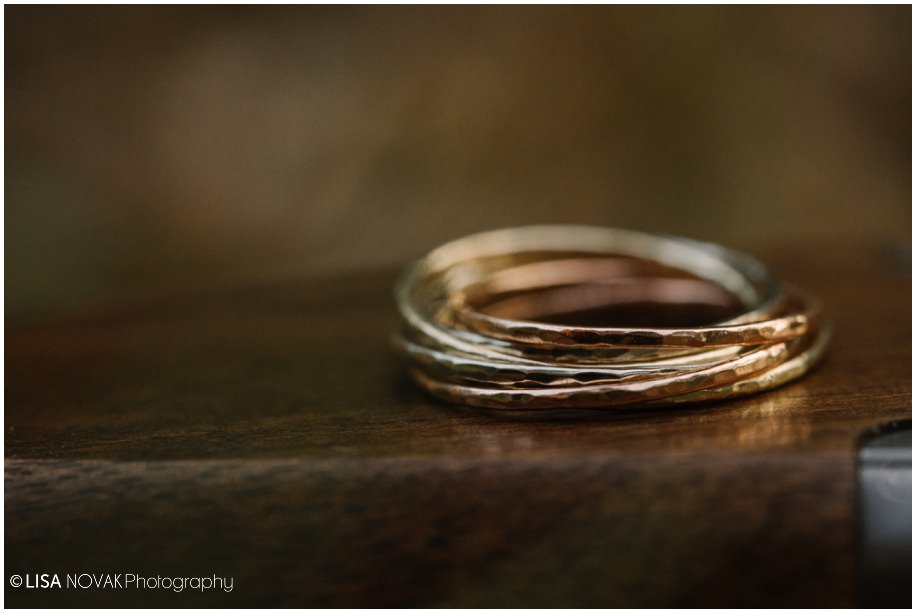 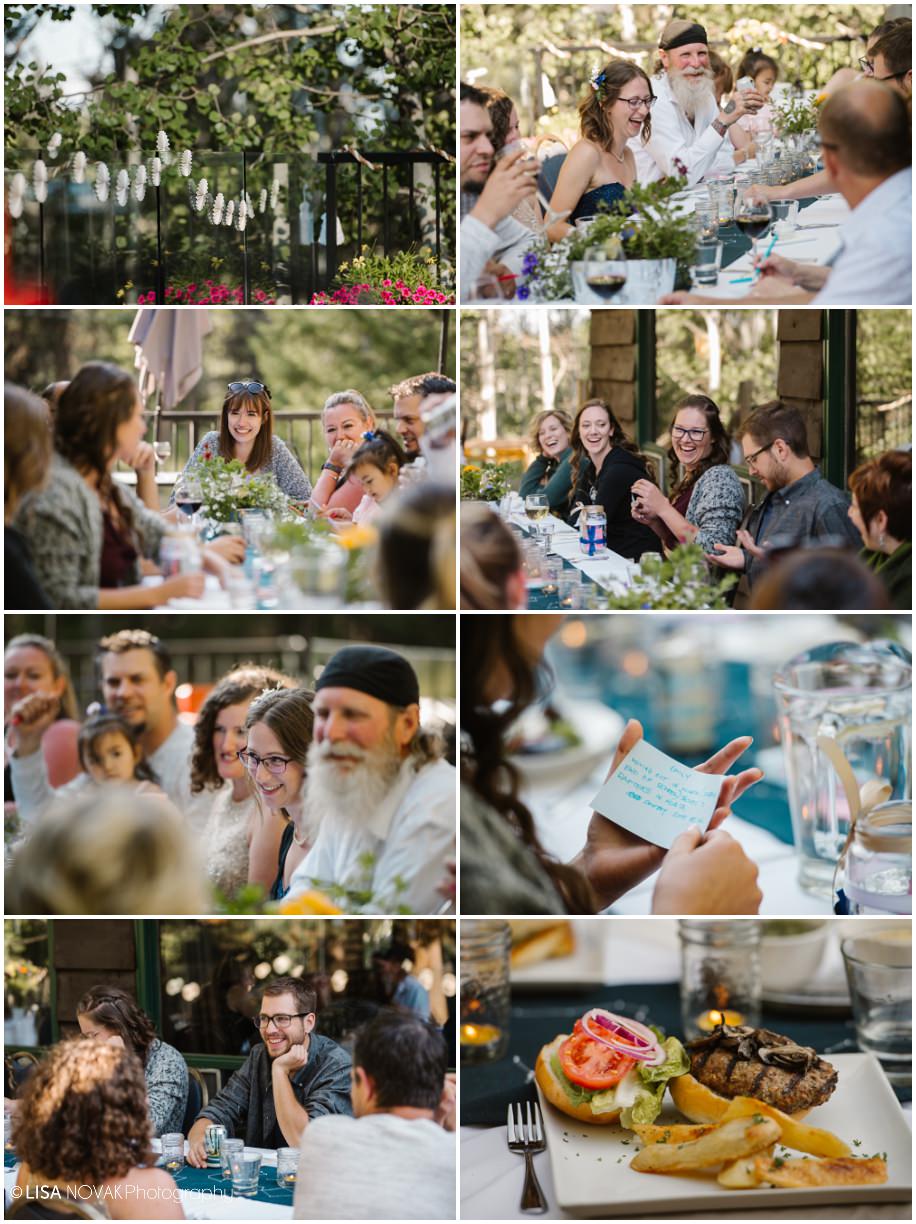 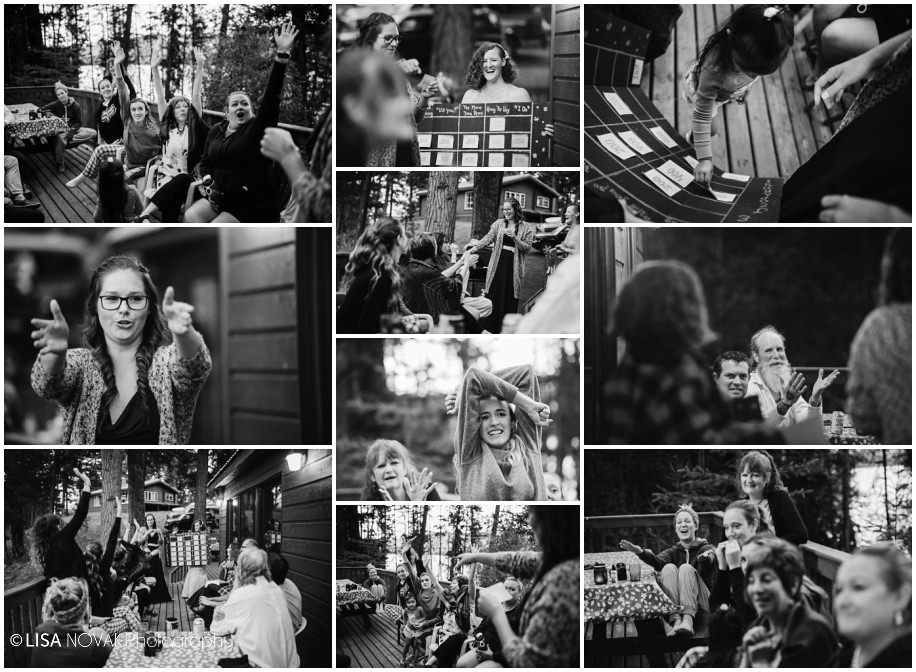